Ladders may seem pretty straight forward in how they work. However, they can lead to dangerous situations if not used properly. The ladder could slip and fall over along with you with it. In this video, you will see a number of situations where the ladder wasn’t secured which led to falls and potential injuries. This is why it is generally best to leave roof installations up to the professionals.

Some of the falls in this video are quite humorous while others are horrifying. In one clip, two men are working on a roof.

One is holding a ladder while the other is climbing up. This may seem fine at first. However, this was actually a very dangerous situation because the man holding the ladder and the ladder itself were standing on an unstable piece of scaffolding. As the clip continues, you can see the scaffolding give way and they all come tumbling down. They likely at least sustained some bruises. Hopefully, they weren’t hurt other than that. This is why it is important to make sure your ladder is firmly on the ground so that it won’t shift and fall. 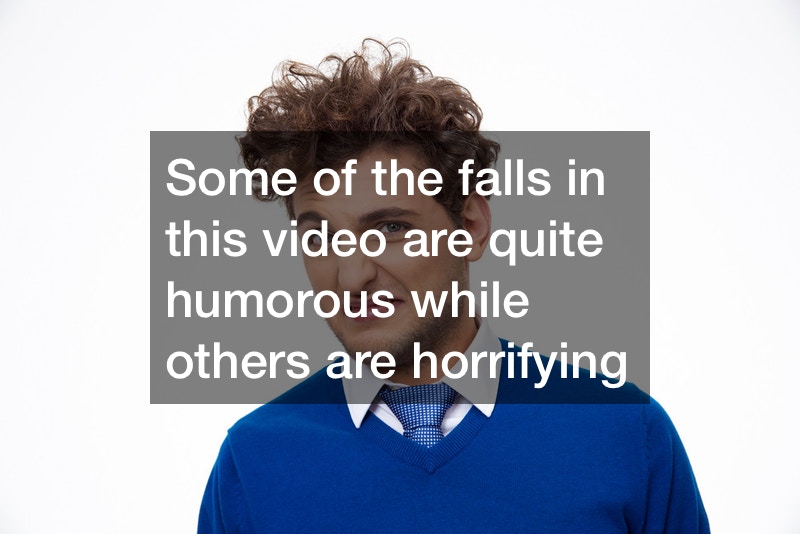